Welcome to WBXPress.com, the most reliable source (since 2010) of West Bengal Government Publication. To access the content of this site with full functionality, you need to login. It is simple. Register first (free). Then login and access the dashboard. Thats it!

In exercise of power conferred under section 3 of the West Bengal Right to Public Services Act, 2013 and in partial modification of Transport Department Notification No. 3916-WT/3M-72/2013, dated: 31.10.2013, the Governor is pleased to notify the following services, stipulated time limit for rendering the services, and particulars of each of the Designated Officers, Appellate Officer and Reviewing Officer responsible for providing the services as shown in the Table -1 herein below. 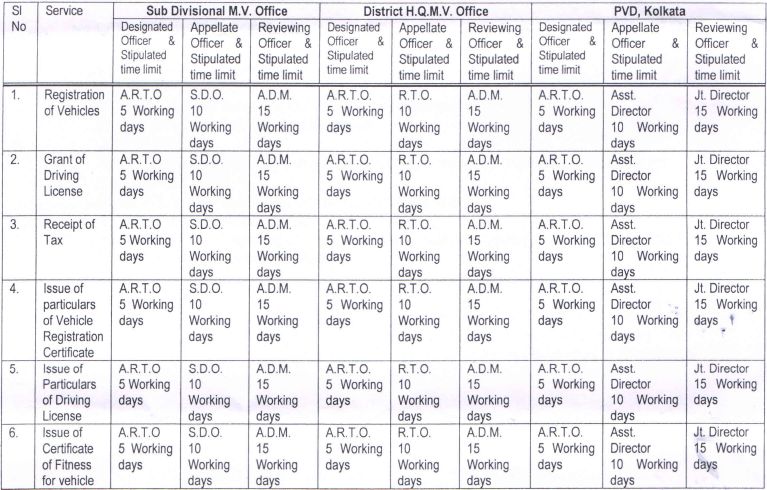 This Notification will come into effect from the date of its publication in the Official Gazette.