From: Sri T.K. Pandit
Assistant Secretary to the Government of West Bengal

Sub: Grant of Dearness Relief on Pension to the teaching and non-teaching Pensioners/ Family Pensioners of the of State aided Non-Government Educational Institutions and Pensioners of statutory Bodies/Govt. undertakings etc. under the administrative control of the School Education Department with effect from 1st January, 2015.

In supersession of the rates mentioned in Finance Department’s earlier Order No. 552-F(Pen) dated the 24th December, 2013 sanctioning installment of Dearness Relief to the State Government Pensioners/ Family Pensioners w.e.f. 1st January, 2014 onwards and in pursuance of Finance Department’s memo no. 12-F(Pen) dated the 9th January, 2015, the undersigned is directed by order of the Governor to say that the Governor is pleased to direct that the teaching and non-teaching Pensioners/Family Pensioners of recognized State aided Non-Government Educational Institutions under this Government and Pensioners of statutory Bodies/ Govt. undertakings etc. under the administrative control of the School Education Department, who are in receipt of Dearness Relief at State Government rates i.e. 58% of Basic Pension with effect from January 1, 2014, shall draw Dearness Relief on monthly Pension/ Family Pension @65% of Basic Pension/ Basic Family Pension with effect from the 1st January, 2015.

2. Payment of Dearness Relief on Pension/ Family Pension sanctioned hereinabove involving a fraction of rupee shall be rounded off to the next higher rupee.

3. It will now be the responsibility of the Pension Disbursing Authority to calculate the quantum of relief on Pension/ Family Pension payable to each individual case and to make necessary adjustment of overpayment/ underpayment, if any.

5. The Treasury/ Sub-Treasury Officers in this State will give effect to this order without the authority of the Accountant General (A&E), West Bengal.

7. All concerned are being informed accordingly. 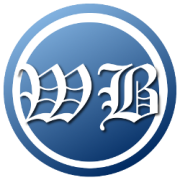