This year too, School Education Department has decided to observe “Nirmal Vidyalaya Saptaha” in all the Primary, Upper Primary and High Schools including SSKs, MSKs & Madrashas from Sep 7th to Sep 10th 2015. The week shall see awareness drive around WASH in the schools and community led by the teachers and children and supported by the Gram Panchayats. The guideline and timeline for observing the same are enclosed for your kind reference. The districts can start developing the plan on the basis of the guidelines. District level meeting with all the key stakeholders may be held as per schedule mentioned in Annexure-I of the enclosed Guideline. 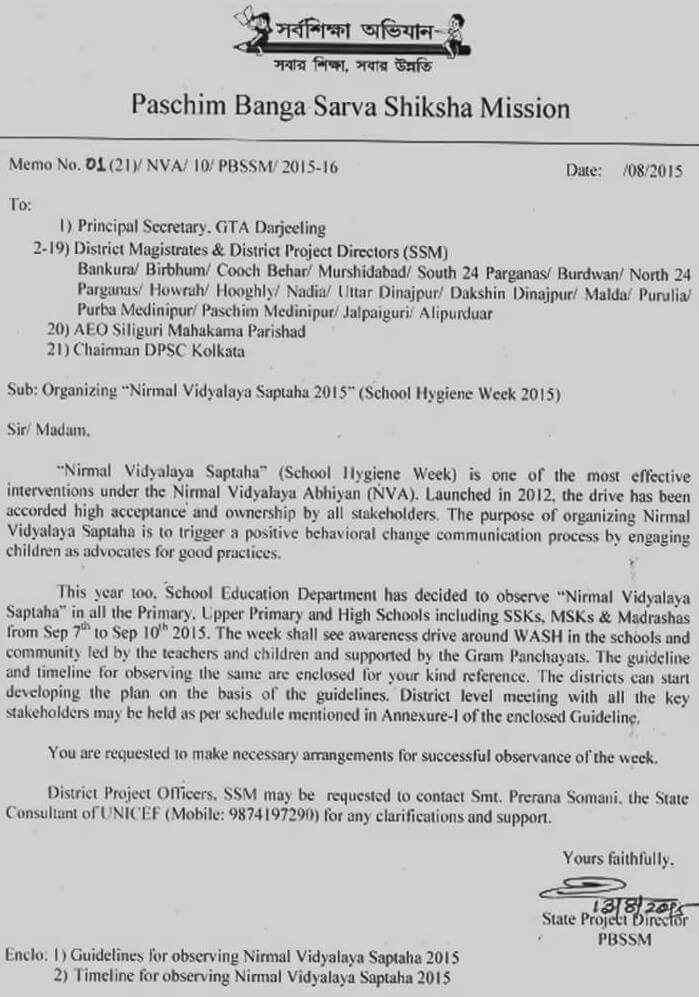