In this context, the following issues in organizing the drive on 7-12 July 2014 may please be noted:

2. The following roster may be considered in organizing the thematic days with activities as suggested in the guidelines and as decided by the districts in the District Consultative Meetings:

3. Panchayat & Rural Development Department has decided to provide Rs. 500 to each school for supporting observation of Nirmal Vidyalaya Saptaha under the Nirmal Bharat Abhiyan as mentioned in the guidelines. For the present, you may release funds under the Media and Documentation head for schools in the urban areas which will be provided support at the same rate of Rs. 500. State Project Office will support 50% of the schools with funds available with the State under the same head. You may claim the funds accordingly from the State. Those districts whose claim for reimbursement from the state would not exceed Rs One Lakh need not send their claim and should bear the entire cost from the district account itself.

4. As the Sit and Draw competition on the themes mentioned in the guidelines is one of the major activities to be carried out on Aesthetic Appreciation Day, the same should be organized on 12 July 2014 at school level at a fixed time as decided by the Districts. The evaluation of the entries will be done at school; circle and district levels and the process mentioned in the guidelines remain unaltered. The school will submit the best entry of each group for circle level evaluation on or before 31 July 2014. The Circles will submit the best entries of each group to the district by 31 August 2014. The District Award Committee will organize the second round of competition at district level in September 2014 and ensure submission of best entry of each group to the State Project Office of PBSSM by 30 September 2014.

We have taken note that the District Consultative Meetings under your chair took some very positive and important decisions that included the following:

We are confident that under your capable and unstinting leadership, the level of achievements of the goals of Nirmal Vidyalaya Abhijan will be propelled to dizzying heights in your district. 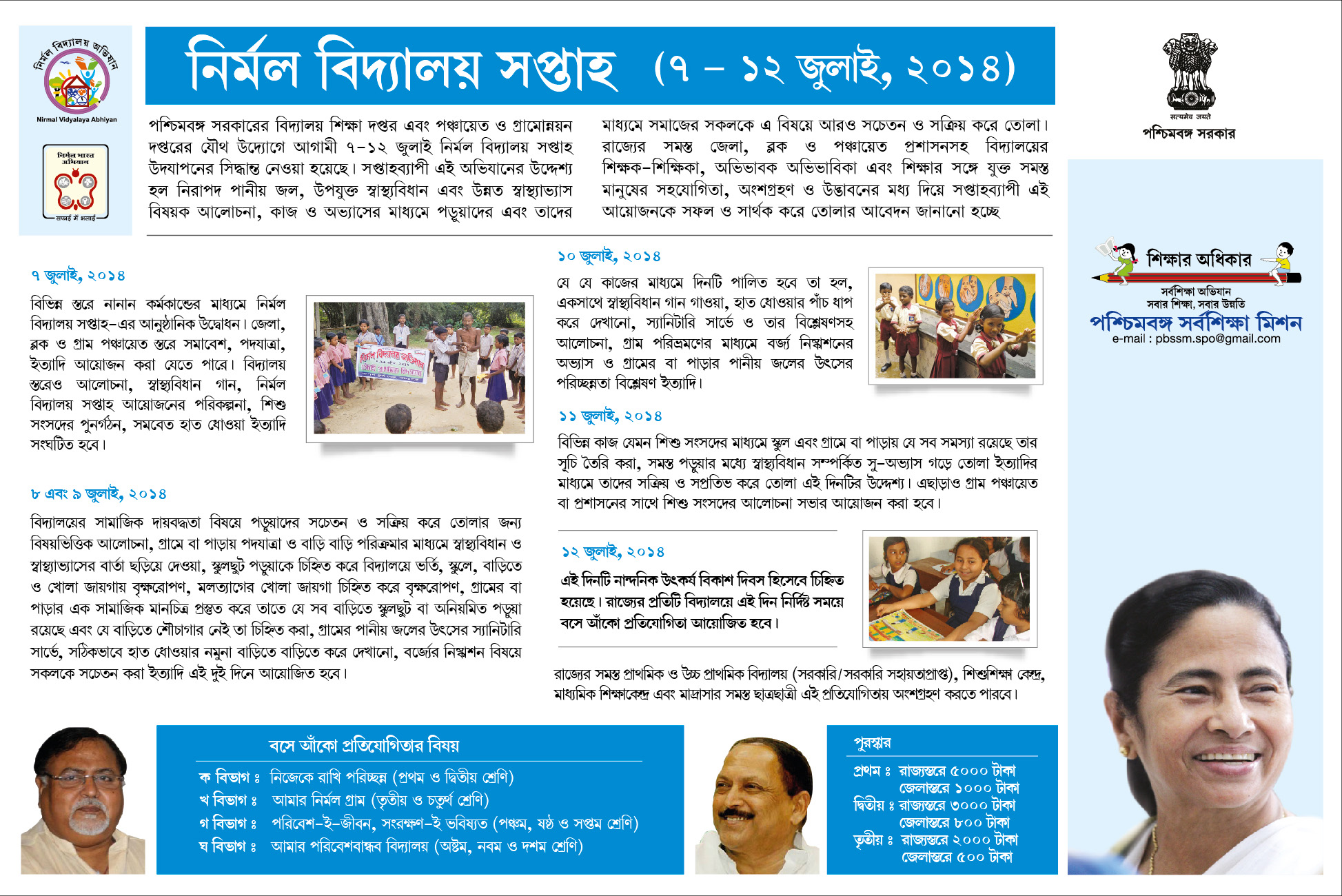