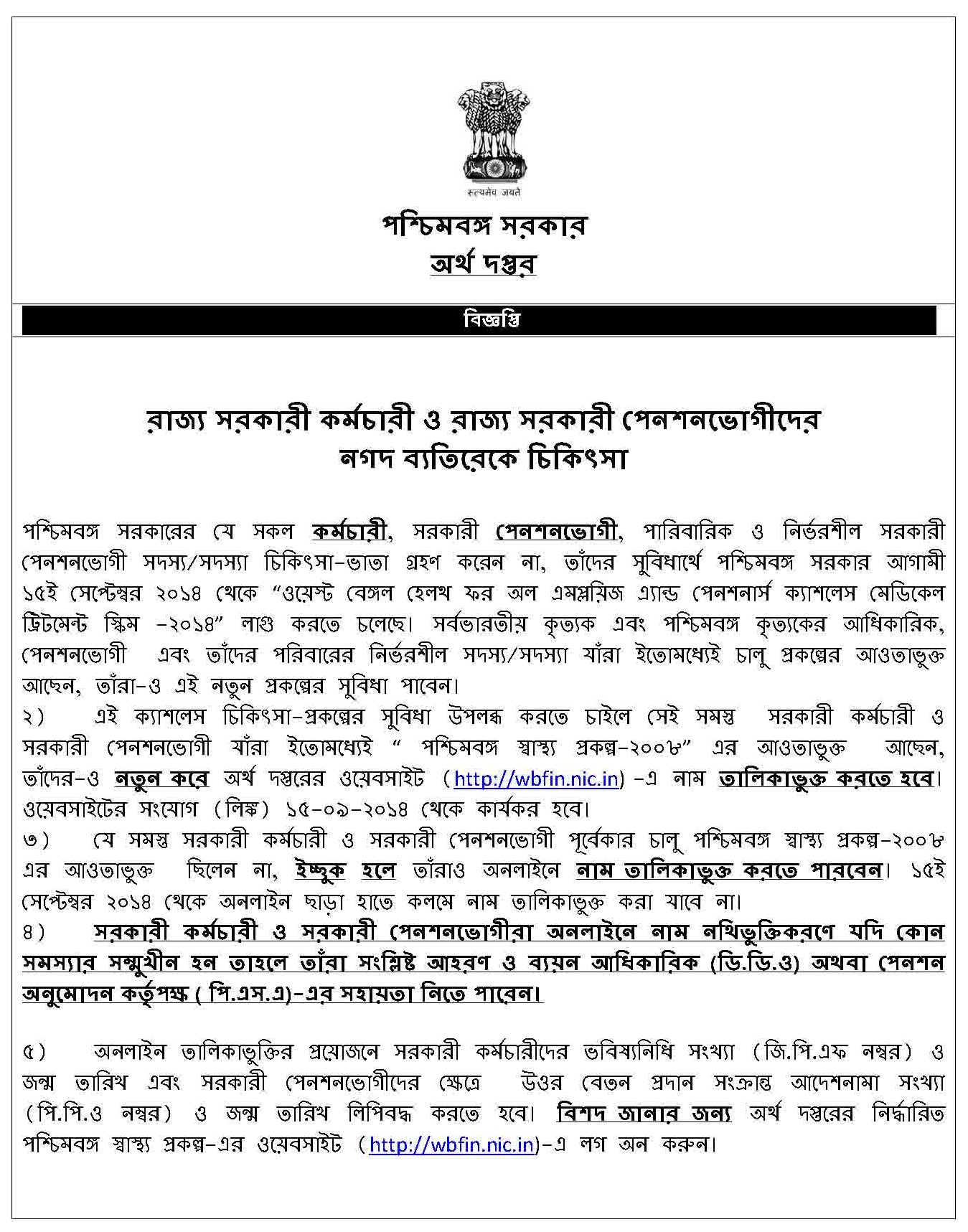 Employees/Pensioners not enrolled in the earlier scheme but are desirous of enrolment under West Bengal Health Scheme will also have to enroll online. Manual enrolment will be discontinued from 15th September, 2015.

In case Employees/Pensioners face any problem in online enrolment they may seek the help of the concerned DDOs/Pension Sanctioning Authority (PSA).